Important Update on VAT in KSA

The Minister of Finance and Acting Minister of Economy and Planning has recently announced an increase in the VAT rate from 5% to 15% effective from 1st July 2020.

The government has also announced a halt on all social allowances beginning in June.

In addition to the above, the KSA government has also taken additional measures to reduce the expenditure by cancelling the Vision Realisation Programs and important projects for the year 2020.

The measures have been taken as a result of the economic shocks due to the pandemic that has led to an increase in unplanned expenses by increased provision for healthcare sector, precautionary measures undertaken to combat the virus and the unprecedented decline in oil demand.

The news can be accessed here

In light of the COVID-19 pandemic, the Federal Tax Authority (‘FTA’) has issued a directive on an exceptional basis providing an alternative date i.e. 28 May 2020, for the deadline of submitting VAT returns and the payment of VAT due for the tax period ended 31 March 2020.

The deadline pertains only to monthly or quarterly VAT returns for the tax periods that end on 31 March 2020 and does not affect any other tax periods where the deadline for filing VAT returns and settling of payable VAT does not fall in April 2020.

Earlier last month the Dubai Government along with Dubai Customs announced certain measures to support the economy, details of which can be found here

One of multiple examples given in the clarification is where a building was sold as a serviced/ hotel apartment and purchaser subsequently changed the permitted use of the building to residential purposes, the preceding sale of serviced apartment will remain subject to 5% VAT whereas the supply of residential building by the purchaser becomes an exempt supply.

The Clarification can be accessed here

The FTA has updated the real estate guide mainly adding details to the following topics:

The updated guide can be accessed here.

The FTA has updated the Charities guide mainly adding details to the following topics:

The updated guide can be accessed here.

The FTA has warned all registered businesses to not disclose any information to any third party in order to avoid exposure to financial fraud that has become a global phenomenon.

The Authority confirmed that all its communications with registrants in the tax system is made exclusively through its official channels, stressing that it follows the highest standards of security and confidentiality in dealing with registrants’ data. It reiterated that it does not send links to registrants in the tax system requesting data or financial information or accounting, as it has also highlighted in previous statements

The press release can be accessed here.

The FTA has released a new service for obtaining a ‘Clearance Certificate’. The certificate can be requested to confirm the following reasons:

The ‘Clearance Certificate' can be accessed on the taxable person’s e-services portal.

The FTA has decided to extend the tax period for businesses registered for Excise Tax, which commenced on 1/3/2020 for one month on an exceptional basis, to end on 30/4/2020. The tax period shall now cover the months of March 2020 and April 2020, allowing registered businesses sufficient time to fulﬁl their tax obligations before the deadline.

The press release can be accessed here.

The FTA has released a user guide on registering a clearing company for Excise Tax.

The NBR has released a guide on filing simplified VAT Return forms.

The NBR has announced that starting from 2020, VAT payers who have less than BHD 100,000 in total annual supplies and who are not part of a VAT group may request to use the simplified VAT return. The simplified VAT return can be used by monthly, quarterly, or annually filers granted the above two criteria are met.

The guide can be accessed here.

Every registered Eligible Persons in Bahrain can request refund paid for a given Refund period.

The guide can be accessed here.

Due to the impact of COVID-19, many countries across the globe are implementing various reliefs for taxpayers in paying and reporting their taxes, including KSA.

In line with the Royal Order issued with respect to the establishment of incentives and initiatives aimed at mitigating the economic and development impacts of COVID-19 in KSA, the General Authority of Zakat and Tax (“GAZT”) has launched several measures to support the taxpayers, including a “voluntary disclosure initiative”.

The GAZT initiative which was announced on 2 April 2020 will exempt businesses from penalties on the late filing of corporate income tax, withholding tax, value added tax and excise returns that will be declared through voluntary disclosure during the initiative period i.e. from 18 March 2020 to 30 June 2020.

The imposition of penalties for the late payment of instalments and amendment of returns has been suspended until 30 June 2020.

On 1 May 2020, the Organisation for Economic Co-operation and Development (“OECD”) Multilateral Convention to Implement Tax Treaty Related Measures to Prevent Base Erosion and Profit Shifting (“MLI”) entered into force in the Kingdom of Saudi Arabia (“KSA”).

Following this effect, 14 KSA Double Tax Treaties (“DTAs”) will be modified as of 1 May 2020 in line with the provisions of the MLI, including Cyprus, France, India, Ireland, Japan, Luxembourg, Malta, Netherlands, Poland, Russia, Singapore, Sweden, Ukraine and the United Kingdom.

On 18 September 2018, KSA signed the MLI underlining its strong commitment to prevent the abuse of tax treaties and Base Erosion and Profit Shifting (“BEPS”) by multinational enterprises.

The MLI allows jurisdictions to integrate results from the OECD/G20 BEPS Project into their existing DTA which addresses aggressive corporate planning strategies used by multinational enterprises to artificially shift profits to low or no tax environments. Measures included in the MLI address hybrid mismatch arrangements (Action 2), treaty abuse (Action 6), strategies to avoid the creation of a "permanent establishment" (Action 7), and dispute resolution (Action 14).

As an MLI signatory, KSA confirmed which of its existing DTAs (“covered DTAs”), it would like to modify and submitted its reservations and notifications in respect of the provisions of the MLI. The MLI will apply to the extent that the treaty partner has adopted the same MLI provision and has also included KSA on its list of covered DTAs.

On 23 January 2020, KSA deposited its instrument of ratification for MLI, including the final list of covered DTAs. Key MLI positions has adopted by KSA include the following:

In line with this development, multinational enterprises in KSA should review their existing structures and assess the impact of the provisions of MLI to their business.

How GT can assist:

Connect with Steve Kitching, our Tax Advisory Partner, should you need any assistance with regards to the above changes in VAT and other tax areas. 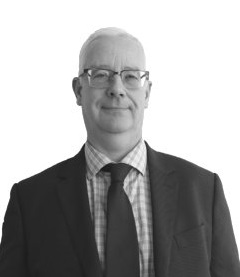