The value of diversity

Women in business: the value of diversity scrutinises the financial performance of companies listed on the S&P 500, CNX 200 and FTSE 350. Some progress has been made by women at a non-executive level, but our report focuses on whether diverse executive teams - the people involved in day-to-day business operations - outperform male-only peers. 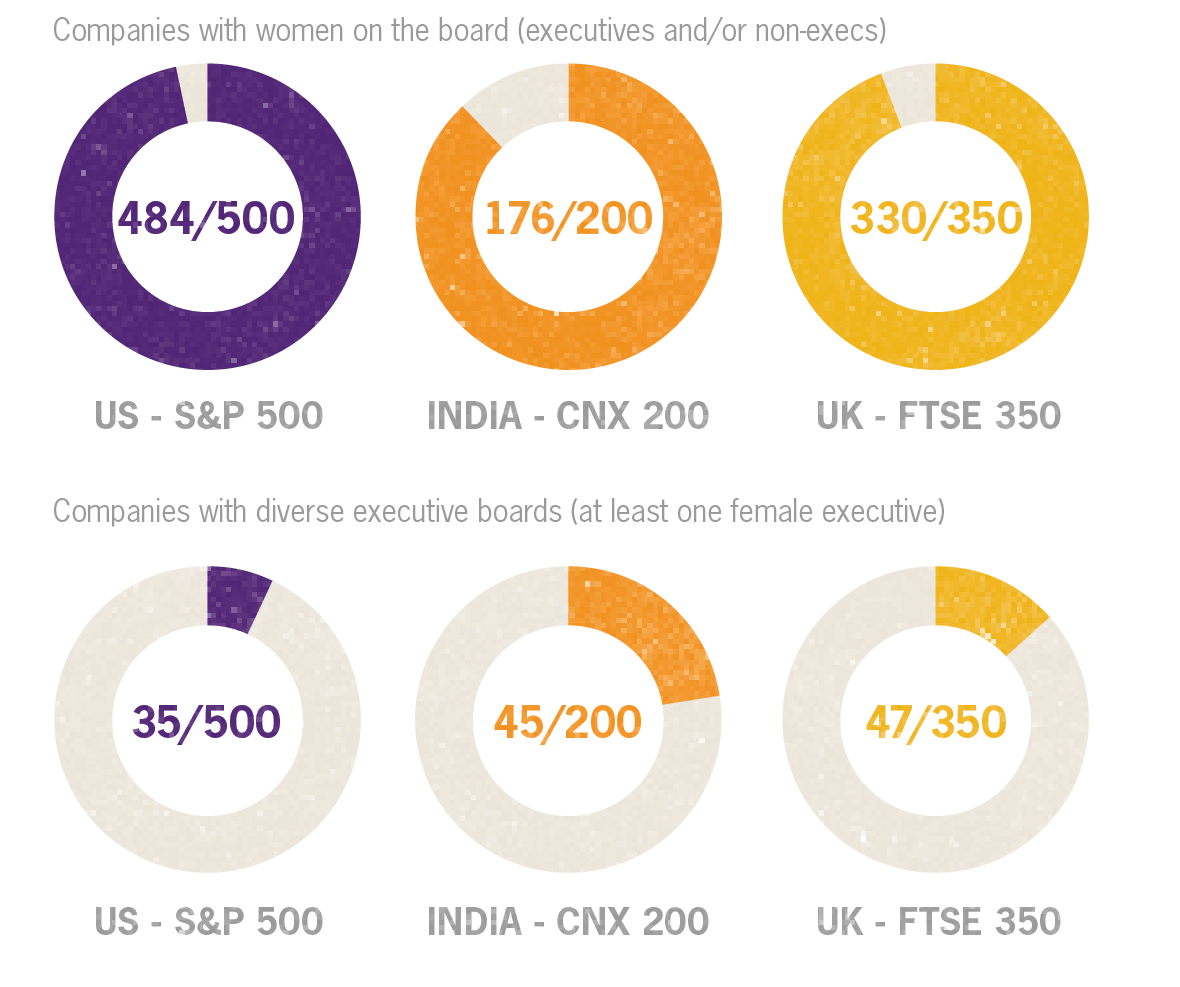 Analysis of the return on assets ratio (also known as return on investment) showed that, on average, companies with at least one female executive board member outperformed those with male-only boards in each of the three markets analysed.